Boris Yukhananov, artistic director of the Stanislavsky Electrotheatre, in Memory of Vladimir Korenev:
“It is very difficult for me to speak right now. This is overwhelming grief for all of us, for our theatre. Vladimir Borisovich was genuinely a great actor, and an enormous personality. The feeling we have now in the theatre is one of having lost a father, an older brother, and a friend. Vladimir Korenev radiated light for us every day for all the seven years that I have been in this theatre. His light was amazing and wonderful. When working he was incredibly responsive, like no one else I have known in my life. I was always astonished by his bright, deep, extremely responsive nature. I was drawn to him as a person and an actor, as to the spirit of this theatre, which, in fact, he was. Never in all our rehearsals did he once complain. He always accepted whatever the given situation was, and he transformed it into art. I staged The Blue Bird with him as soon as I came to the theatre. It was for me an extremely important idea that I had been working out for a long time. I met him then one second later I met Aleftina Konstantinova and we immediately began talking. Thank God all this remained in the performances and the recordings we made. We discussed his entire life. He spoke so amazingly – much did not make it into the performance, but everything was preserved in recordings. His were stunning, intelligent, generous stories filled with the knowledge of life, and a sense of theatre and art in which the history of the nation and his own personal life were revealed.
He spoke with great warmth and great eloquence.

We worked on The Blue Bird for over a year. These are three huge productions that essentially offer a journey through his entire life. He exhibited such raw vulnerability in his relationship to the theatre, and exhibited an ability to fit his entire life on stage. All of this was present during the rehearsals of this production which essentially gave birth to the Electrotheatre.
He was always ready to work, always. Everything he did was a gift both for himself and for those who worked with him, such as Vladimir Kosmachevsky in Before Sunset. He was always so correct and in balance. He never tired, that always amazed me.
I don’t know whether to attribute this to his personal will power, or to the noble and fearless qualities of his personality.
In Pinocchio he performs two stunning, grotesque, surreal episodes, which he composed on the spot during rehearsals.
I was always amazed at his ability to improvise with words and with action. On the word "fearlessness" – he was a warrior, a true warrior of light. His father was an admiral, and this nobility of the military class, apparently, was absorbed into his soul in childhood. It formed his direct, proud and responsive character, that of a true defender. Such he was for his family and his theatre. He protected the theatre from evil spirits. He always participated in all the common adventures of our theatre – whether joyfully participating in parties or general meetings. All these seven years, he supported light and harmony in the theatre. That will stay with me forever. I now feel an inescapable and enormous loss, as if I had lost a great friend, someone very close to me, with whom our connection began with many words, conversations and mutual work, then continuing on without wasted words. Just two days ago, not yet knowing he was already in a coma, I wrote to him at the hospital, a letter addressed to him and filled with hope and love. It turns out he had no chance of reading it. All my work with Vladimir Borisovich involved his prodigious work in The Blue Bird, the role of Tyltyl, who moves toward light for three consecutive evenings. I will do everything I can to preserve this performance. It is very difficult for me to speak now, because I loved Vladimir Borisovich, and I love him now." 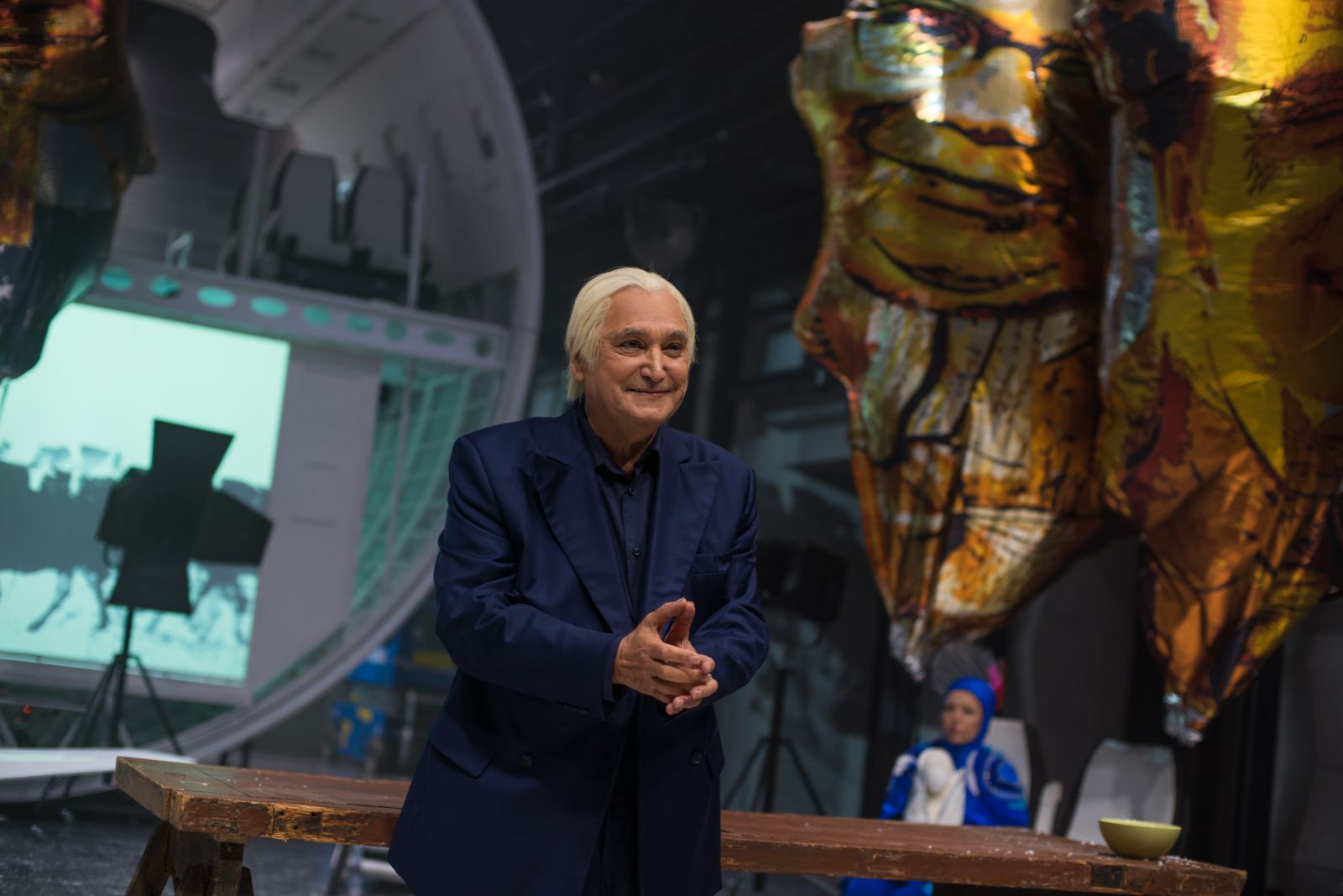