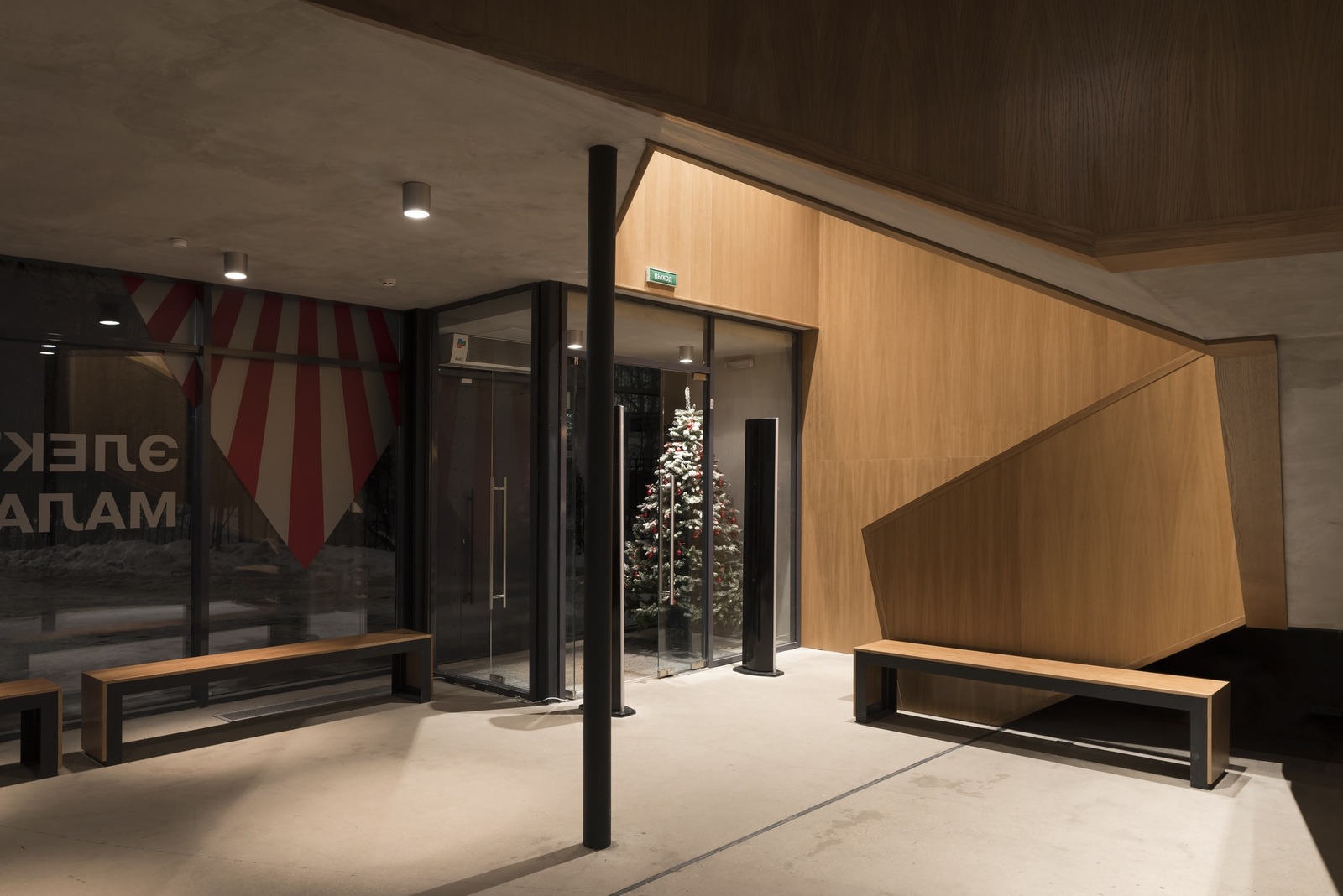 The Small stage of the Stanislavsky Electrotheatre received an award in the special Innovative Design nomination of the AD Design Award 2019 from RADO watches!

When the Wowhaus architectural bureau (authors of the Strelka Institute, transformations in Gorky Park and the renovated Krymskaya Embankment) reconstructed the Stanislavsky Electrotheatre in 2013, their main task was to unite all the disparate locales into a coherent space corresponding to international theatre trends.

The Electrotheatre's Small stage was no exception: it was built according to an entirely new project and was a full-fledged, self-contained theatre within the overall theatre complex with its own lobby, dressing rooms, and buffet. One of the most important tasks posed by the theatre was to make the space both mobile and universal. The seats, stage, and walls all move freely, depending upon the creative task of the director. It was necessary to fulfill all these conditions in a building that formerly housed  carpentry workshops, fitting into the space - in addition to the hall itself - a lobby, dressing rooms, an equipment room and other necessary spaces. This all required innovative solutions, the use of new technologies and careful calculations.

We heartily congratulate Daria Ionova, the architect of the Small stage, and we are very proud about having received this prize!